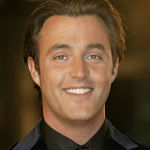 Why Is Ben Mulroney Influential?

According to Wikipedia, Benedict Martin Paul Mulroney is a Canadian producer and former television host. He is the eldest son of Brian Mulroney, the 18th Prime Minister of Canada. Best known for his 20-year broadcasting career with the Canadian network CTV, Mulroney began as an entertainment reporter on CTV's former morning show Canada AM in 2001, and co-hosted the entertainment news program etalk from 2002 to 2020, Canadian Idol from 2003 to 2008, and CTV's national morning show Your Morning from 2016 to 2021. Mulroney departed etalk in June 2020. A year later, on September 29, 2021, Mulroney departed both Your Morning and CTV to pursue a producing career.

Other Resources About Ben Mulroney

What Schools Are Affiliated With Ben Mulroney?

Ben Mulroney is affiliated with the following schools: