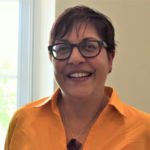 Why Is Benita Mehra Influential?

Benita Mehra was born near London into a family of Indian immigrants. She is based in London, where she works as an engineer in the public and private sectors. Mehra obtained her bachelor’s degree in electrical and electronic engineering from City University London.

After graduating, she worked for the British Airports Authority (BAA), eventually assuming responsibility for several multi-million-pound construction projects, including new terminal buildings at Heathrow and the redevelopment of Stansted airport. While working for BAA, she obtained her master’s degree in construction management from Heriot Watt University. In 2005, Mehra received an MBA from Henley Business School.

From 2015 until 2018, Mehra was President of the UK-based Women’s Engineering Society (WES). In 2020, Mehra was appointed to sit on the Grenfell Tower Inquiry panel. This panel had been previously commissioned to investigate the 2017 Grenfell Tower catastrophe, in which a fire consumed the residential tower, killing 72 of its residents.

Not long after Mehra’s appointment, it was disclosed that the company that had supplied the cladding for Grenfell Tower had made a sizable donation to the WES following the disaster, ostensibly to help victims’ families and other survivors. The fact that the WES accepted this donation while Mehra was President of the organization was widely regarded as creating a conflict of interest, and she soon announced her resignation from the panel.

Mehra has also actively campaigned for women to be more readily welcomed back into the engineering workforce after time taken out for maternity leave and she has encouraged small-to-medium business enterprises to explore job-sharing for mid-career workers. Today, Mehra works to inspire the next generation of innovators, working with teachers and girls to highlight career opportunities in engineering.

According to Wikipedia, Benita Mehra FIET, FWES, FIHEEM is a British engineer working in London. She was President of the Women's Engineering Society from 2015–2018.Education and career City University London before completing an MSc in Construction Management at Heriot-Watt University. Upon graduation she joined British Airports Authority the airports operator and with their support attained chartered status, having been seconded from BAA into a manufacturing company. In 2005, Mehra achieved an MBA in Henley Business School, allowing her to manage large groups of engineers. In 2015 she became a Fellow of the Institute of Healthcare Engineering and Estate Management, and the Institution of Engineering and Technology in 2016.

Other Resources About Benita Mehra