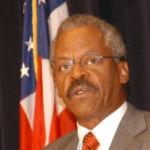 Why Is Bernard Shaw Influential?

According to Wikipedia, Bernard Shaw is a retired American journalist and former lead news anchor for CNN from 1980 until his retirement in March 2001. Early life Shaw was born in Chicago, Illinois, to Edgar Shaw, a railroad employee and house painter, and Camilla Shaw, a housekeeper. He attended the University of Illinois at Chicago from 1963 to 1968. He served in the U.S. Marine Corps, including stints in Hawaii and at Marine Corps Air Station, Cherry Point, North Carolina, where in 1962 he was a "Message Center" specialist, achieving the rank of Corporal, E-4. He exhibited a passionate interest in the print media, clipping articles from newspapers, and often traveled on weekends to Washington, D.C. He cultivated an acquaintance with Walter Cronkite and had an interest in baseball.

Other Resources About Bernard Shaw

What Schools Are Affiliated With Bernard Shaw ?

Bernard Shaw is affiliated with the following schools: