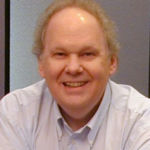 Why Is Bob Ludwig Influential?

According to Wikipedia, Robert C. Ludwig is an American mastering engineer. He has mastered recordings on all the major recording formats for all the major record labels, and on projects by more than 1,300 artists including Led Zeppelin, Lou Reed, Queen, Jimi Hendrix, Bryan Ferry, Paul McCartney, Nirvana, The Tragically Hip, Radiohead, Bruce Springsteen and Daft Punk resulting in over 3,000 credits. He is the recipient of numerous Grammy and TEC Awards.

Other Resources About Bob Ludwig

What Schools Are Affiliated With Bob Ludwig?

Bob Ludwig is affiliated with the following schools: