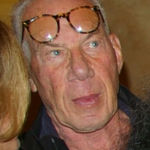 Why Is Bob Rafelson Influential?

According to Wikipedia, Robert Jay Rafelson was an American film director, writer, and producer. He is regarded as one of the key figures in the founding of the New Hollywood movement of the 1970s. Among his best-known films as a director include those made as part of the company he cofounded, Raybert/BBS Productions, Five Easy Pieces and The King of Marvin Gardens , as well as acclaimed later films, The Postman Always Rings Twice and Mountains of the Moon . Other films he produced as part of BBS include two of the most significant films of the era, Easy Rider and The Last Picture Show . Easy Rider, Five Easy Pieces and The Last Picture Show were all chosen for inclusion in the Library of Congress' National Film Registry. He was also one of the creators of the pop group and TV series The Monkees with BBS partner Bert Schneider. His first wife was the production designer Toby Carr Rafelson.

Other Resources About Bob Rafelson

What Schools Are Affiliated With Bob Rafelson?

Bob Rafelson is affiliated with the following schools: