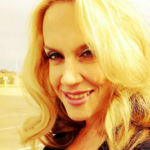 Why Is Brenda Romero Influential?

According to Wikipedia, Brenda Louise Romero , previously known as Brenda Brathwaite, is an American game designer and developer in the video game industry. She was born in Ogdensburg, New York and is a graduate of Clarkson University. Romero is best known for her work on the Wizardry series of role-playing video games and, more recently, the non-digital series The Mechanic is the Message. She has worked in game development since 1981 and has credits on 49 game titles.

Other Resources About Brenda Romero

What Schools Are Affiliated With Brenda Romero?

Brenda Romero is affiliated with the following schools: