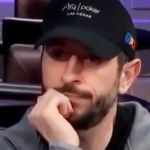 Why Is Brian Rast Influential?

According to Wikipedia, Brian Rast is a professional poker player living in Las Vegas, Nevada. Early life, education Brian Rast was born November 8, 1981, in Denver, Colorado, where he lived until 1990 when he moved to Poway, California. Rast attended Poway High School where he became the Class of 2000 valedictorian, earning his way to Stanford University. Brian always loved strategic games, and although being familiar with poker dating back to high school, Brian started playing weekly at the Stanford Poker Club in the spring of 2003. That summer Brian went home to Poway determined to learn how to play poker and make some money. Rast started buying and reading as many poker books as he could. He took a temp job and used that money to fund his poker habit, playing online and live at Barona Casino. Within five weeks, Rast had quit his temp job to focus full time on poker for the remainder of the summer. Rast made $20,000 his first summer playing. By 2004, he had dropped out of school to pursue a career in poker.

Other Resources About Brian Rast

What Schools Are Affiliated With Brian Rast?

Brian Rast is affiliated with the following schools: