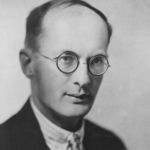 Why Is Bronisław Malinowski Influential?

According to Wikipedia, Bronisław Kasper Malinowski was a Polish-British anthropologist whose writings on ethnography, social theory, and field research have exerted a lasting influence on the discipline of anthropology. Malinowski was born in what was part of the Austrian partition of Poland, and completed his initial studies at Jagiellonian University in his birth city of Kraków. From 1910, at the London School of Economics , he studied exchange and economics, analysing Aboriginal Australia through ethnographic documents. In 1914 he traveled to Australia. He conducted research in the Trobriand Islands and other regions in New Guinea and Melanesia where he stayed for several years, studying indigenous cultures.

Other Resources About Bronisław Malinowski

What Schools Are Affiliated With Bronisław Malinowski?

Bronisław Malinowski is affiliated with the following schools: