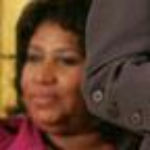 Why Is Carol Burnett Influential?

According to Wikipedia, Carol Creighton Burnett is an American actress, comedian, singer, and writer. She is best known for her groundbreaking comedy variety show The Carol Burnett Show, which originally aired on CBS. It was one of the first of its kind to be hosted by a woman. She has achieved success on stage, television and film in varying genres including dramatic and comedic roles. She has received numerous accolades including six Primetime Emmy Awards, a Tony Award a Grammy Award, and seven Golden Globe Awards. Burnett was awarded Presidential Medal of Freedom in 2005, the Mark Twain Prize for American Humor in 2013 and the Screen Actors Guild Life Achievement Award in 2015.

Other Resources About Carol Burnett

What Schools Are Affiliated With Carol Burnett?

Carol Burnett is affiliated with the following schools:

What Are Carol Burnett's Academic Contributions?

Carol Burnett has made the following academic contributions: