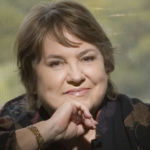 Why Is Carolyn See Influential?

According to Wikipedia, Carolyn See was a professor emerita of English at the University of California, Los Angeles, and the author of ten books, including the memoir, Dreaming: Hard Luck and Good Times in America, an advice book on writing, Making a Literary Life, and the novels There Will Never Be Another You, Golden Days, and The Handyman. See was also a book critic for the Washington Post for 27 years.

Other Resources About Carolyn See

What Schools Are Affiliated With Carolyn See?

Carolyn See is affiliated with the following schools:

What Are Carolyn See's Academic Contributions?

Carolyn See has made the following academic contributions: