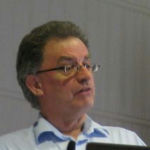 Why Is Chris French Influential?

Christopher French is a British psychologist who specializes in the study of the paranormal, referring to events depicted in popular culture and lore that do not have normal or scientific explanations. French is Professor of Psychology at Goldsmiths College, University of London, as well as head of the University of London’s Anomalistic psychology research unit.

Chris French has treated a variety of phenomena considered outside science, including extrasensory perception and even astrology. On his popular Skeptic Zone podcast, French has explained that he once held beliefs about paranormal phenomena, but later found psychological explanations for the prevalence of beliefs in such events compelling. In particular, he has performed experiments showing large placebo effects with subjects using healing crystals and other icons of new age and other belief systems in pop culture. He has also studied claims such as alien or UFO abductions, telepathy, ghosts, and faith healing.

French’s course at Goldsmiths and Birkbeck College in the UK is titled Psychology, Parapsychology and Pseudoscience. In addition to his popular podcast, he is former Editor-in-Chief of The Skeptic magazine. He is also a Chartered Psychologist and a Fellow of the British Psychological Society. His book, Anomalistic Psychology: Exploring Paranormal Belief and Experience came out in 2014.

French is well-known in British living rooms, having made regular appearances on ITV’s Haunted Homes program.

According to Wikipedia, Christopher Charles French is a British psychologist specialising in the psychology of paranormal beliefs and experiences, cognition and emotion. He is the head of the University of London's anomalistic Psychology Research Unit and appears regularly in the media as an expert on testing paranormal claims.

Other Resources About Chris French

What Schools Are Affiliated With Chris French?

Chris French is affiliated with the following schools: