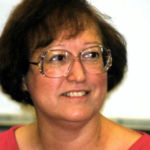 Why Is Connie Willis Influential?

According to Wikipedia, Constance Elaine Trimmer Willis , commonly known as Connie Willis, is an American science fiction and fantasy writer. She has won eleven Hugo Awards and seven Nebula Awards for particular works—more major SF awards than any other writer—most recently the "Best Novel" Hugo and Nebula Awards for Blackout/All Clear . She was inducted by the Science Fiction Hall of Fame in 2009 and the Science Fiction Writers of America named her its 28th SFWA Grand Master in 2011.

Other Resources About Connie Willis

What Schools Are Affiliated With Connie Willis?

Connie Willis is affiliated with the following schools:

What Are Connie Willis's Academic Contributions?

Connie Willis has made the following academic contributions: