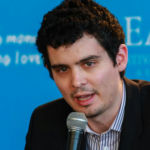 Why Is Damien Chazelle Influential?

According to Wikipedia, Damien Sayre Chazelle is a French American film director, producer, and screenwriter. He is known for his films Whiplash , La La Land , and First Man . Chazelle's breakout Whiplash began as a proof-of-concept short film, which debuted at the 2013 Sundance Film Festival and eventually attracted attention from financiers who helped to finance the full-length version. The film premiered at the 2014 Sundance Film Festival as the opening film where it won the U.S. Grand Jury Prize: Dramatic and Audience Award: U.S. Dramatic and went on to receive five Academy Award nominations, including Best Picture, winning three with Chazelle himself nominated for Best Adapted Screenplay.

Other Resources About Damien Chazelle

What Schools Are Affiliated With Damien Chazelle?

Damien Chazelle is affiliated with the following schools: