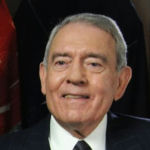 Why Is Dan Rather Influential?

According to Wikipedia, Daniel Irvin Rather Jr. is an American journalist and former national evening news anchor. Rather began his career in Texas, becoming a national name after his reporting saved thousands of lives during Hurricane Carla in September 1961. Rather spontaneously created the first radar weather report by overlaying a transparent map over a radar image of Hurricane Carla. In his first national broadcast, he helped initiate the successful evacuation of 350,000 people.

Other Resources About Dan Rather

What Schools Are Affiliated With Dan Rather?

Dan Rather is affiliated with the following schools: