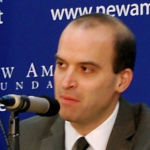 Why Is David Leonhardt Influential?

According to Wikipedia, David Leonhardt is an American journalist and columnist. Beginning April 30, 2020, he writes the daily "The Morning" newsletter for The New York Times. He also contributes to the paper's Sunday Review section. His column previously appeared weekly in The New York Times. He previously wrote the paper's daily e-mail newsletter, which bore his own name. As of October 2018, he also co-hosted a weekly Opinion podcast titled "The Argument", with Ross Douthat and Michelle Goldberg.

Other Resources About David Leonhardt

What Schools Are Affiliated With David Leonhardt?

David Leonhardt is affiliated with the following schools: