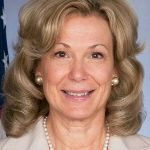 Why Is Deborah Birx Influential?

According to Wikipedia, Deborah Leah Birx is an American physician and diplomat who served as the White House Coronavirus Response Coordinator under President Donald Trump from 2020 to 2021. Birx specializes in HIV/AIDS immunology, vaccine research, and global health. Starting in 2014, she oversaw the implementation of the President's Emergency Plan for AIDS Relief program to support HIV/AIDS treatment and prevention programs in 65 countries. From 2014-2020, Birx was the United States global AIDS coordinator for presidents Barack Obama and Donald Trump and served as the United States special representative for global health diplomacy between 2015 and 2021. Birx was part of the White House Coronavirus Task Force from February 2020 to January 2021. In March 2021, Birx joined ActivePure Technology as Chief Medical and Science Advisor.

Other Resources About Deborah Birx

What Schools Are Affiliated With Deborah Birx?

Deborah Birx is affiliated with the following schools: