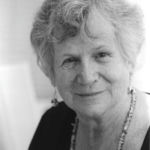 Why Is Deborah Meier Influential?

Deborah Meier was born in 1931 in New York City, New York. She earned her master’s degree from the University of Chicago. She is credited for the founding of numerous schools throughout New York City, most notably, Central Park East I, an elementary school examined in the documentary, High School II. A champion of community engagement, parental involvement and active, project-based learning, Meier has spent her career helping to create communities of learners that bridge intergenerational divides.

She is the author of many books, including The Power of their Ideas: Lessons for America from a Small School in Harlem, written about her experiences at Central Park East I. She is a cofounder of the Coalition of Essential Schools, and serves on many boards and committees dedicated to promoting inclusive education and working to combat government-directed curriculum mandates. She holds many prestigious board seats, including the Harvard Education Letter editorial board.

In 1987, Meier became the first teacher or principal to be granted the MacArthur Genius award for her work in public education. Since 2009, the National Center for Fair and Open Testing has awarded the Deborah W. Meier Hero in Education Award each year to a deserving education practitioner or advocate. Today, she is considered the founder of the small schools movement and is still a sought-after speaker and mentor.

According to Wikipedia, Deborah Meier is an American educator often considered the founder of the modern small schools movement. After spending several years as a kindergarten teacher in Chicago, Philadelphia and then New York City, in 1974, Meier became the founder and director of the alternative Central Park East school, which embraced progressive ideals in the tradition of John Dewey in an effort to provide better education for children in East Harlem, within the New York City public school system.

Other Resources About Deborah Meier

What Schools Are Affiliated With Deborah Meier?

Deborah Meier is affiliated with the following schools:

What Are Deborah Meier's Academic Contributions?

Deborah Meier has made the following academic contributions: