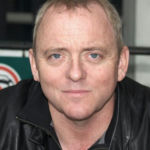 Why Is Dennis Lehane Influential?

According to Wikipedia, Dennis Lehane is an American author. He has published more than a dozen novels; the first several were a series of mysteries featuring recurring characters, including A Drink Before the War. Of these, four were adapted as films of the same name: Clint Eastwood's Mystic River , Martin Scorsese's Shutter Island , and Gone Baby Gone and Live by Night , both directed by Ben Affleck.

Other Resources About Dennis Lehane

What Schools Are Affiliated With Dennis Lehane?

Dennis Lehane is affiliated with the following schools:

What Are Dennis Lehane's Academic Contributions?

Dennis Lehane has made the following academic contributions: