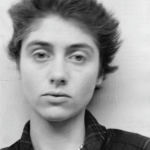 Why Is Diane Arbus Influential?

According to Wikipedia, Diane Arbus was an American photographer. Arbus's imagery helped to normalize marginalized groups and highlight the importance of proper representation of all people. She photographed a wide range of subjects including strippers, carnival performers, nudists, people with dwarfism, children, mothers, couples, elderly people, and middle-class families. She photographed her subjects in familiar settings: their homes, on the street, in the workplace, in the park. "She is noted for expanding notions of acceptable subject matter and violates canons of the appropriate distance between photographer and subject. By befriending, not objectifying her subjects, she was able to capture in her work a rare psychological intensity." In his 2003 New York Times Magazine article, "Arbus Reconsidered," Arthur Lubow states, "She was fascinated by people who were visibly creating their own identities—cross-dressers, nudists, sideshow performers, tattooed men, the nouveaux riches, the movie-star fans—and by those who were trapped in a uniform that no longer provided any security or comfort." Michael Kimmelman writes in his review of the exhibition Diane Arbus Revelations, that her work "transformed the art of photography ".

Other Resources About Diane Arbus