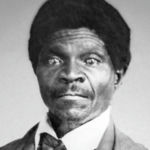 Why Is Dred Scott Influential?

According to Wikipedia, Dred Scott was an enslaved African-American man who, along with his wife, Harriet, unsuccessfully sued for freedom for themselves and their two daughters in the Dred Scott v. Sandford case of 1857, popularly known as the "Dred Scott decision". The case centered on Dred and Harriet Scott and their children, Eliza and Lizzie. The Scotts claimed that they should be granted their freedom because Dred had lived in Illinois and the Wisconsin Territory for four years, where slavery was illegal, and laws in those jurisdictions said that slaveholders gave up their rights to slaves if they stayed for an extended period.

Other Resources About Dred Scott