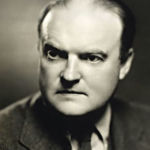 Why Is Edmund Wilson Influential?

According to Wikipedia, Edmund Wilson Jr. was an American writer and literary critic who explored Freudian and Marxist themes. He influenced many American authors, including F. Scott Fitzgerald, whose unfinished work he edited for publication. His scheme for a Library of America series of national classic works came to fruition through the efforts of Jason Epstein after Wilson's death.

Other Resources About Edmund Wilson

What Schools Are Affiliated With Edmund Wilson?

Edmund Wilson is affiliated with the following schools:

What Are Edmund Wilson's Academic Contributions?

Edmund Wilson has made the following academic contributions: