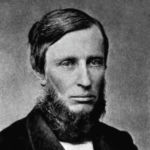 Why Is Edward Parrish Influential?

According to Wikipedia, Edward Parrish was an American pharmacist. He was the first president of Swarthmore College. Biography He was the son of Philadelphia physician Joseph Parrish . He studied at a Friends' school, and graduated from the Philadelphia College of Pharmacy in 1842. After a course of training at his brother Dillwyn's shop , in 1843 he purchased a drug store at the northwest corner of Ninth and Chestnut Streets and began his practice. He was elected to membership in the College of Pharmacy in 1843, in 1845 a trustee, and in 1854 secretary of the College. He was appointed professor of materia medica in 1864, and in 1867 exchanged his chair with John Michael Maisch, taking that of practical pharmacy, on which branch he continued to lecture until his death.

Other Resources About Edward Parrish

What Schools Are Affiliated With Edward Parrish?

Edward Parrish is affiliated with the following schools: