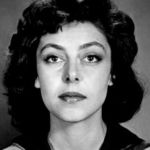 Why Is Elaine May Influential?

According to Wikipedia, Elaine Iva May is an American comedian, film director, screenwriter, playwright, and actress. She has received numerous awards including an Academy Award, a British Academy Film Award, a Grammy Award, and a Tony Award. She made her initial impact in the 1950s with her improvisational comedy routines with Mike Nichols, before transitioning as a groundbreaking film director.

Other Resources About Elaine May

What Schools Are Affiliated With Elaine May?

Elaine May is affiliated with the following schools: