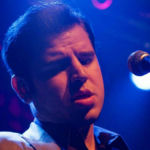 Why Is Eli "Paperboy" Reed Influential?

According to Wikipedia, Eli "Paperboy" Reed is an American singer and songwriter. After graduating from Brookline High School in 2002, he moved to Clarksdale, Mississippi and immersed himself in the juke joint culture of the Deep South. After spending a year in Clarksdale he enrolled at The University of Chicago to study sociology. While in Chicago he hosted a radio show called "We Got More Soul" on the college station WHPK and played organ and piano in the South Side Chicago church of Mitty Collier. After one year of study in Chicago he returned home to Boston to focus on music, recording his first album Sings "Walkin' and Talkin' for My Baby" and Other Smash Hits!

Other Resources About Eli "Paperboy" Reed