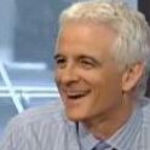 Why Is Ellis Henican Influential?

According to Wikipedia, Ellis Henican is an American columnist at Newsday and AM New York as well as a political analyst on the Fox News Channel. He hosts a nationally syndicated weekend show on Talk Radio Network and is the voice of "Stormy" on the Cartoon Network series Sealab 2021. He is the co-author of the New York Times Bestseller The Party's Over: How the Extreme Right Hijacked the GOP and I Became a Democrat.

Other Resources About Ellis Henican

What Schools Are Affiliated With Ellis Henican?

Ellis Henican is affiliated with the following schools: