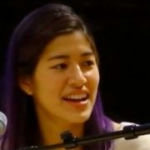 Why Is Emma Sulkowicz Influential?

According to Wikipedia, Emma Sulkowicz is an American performance artist and anti-rape activist who first received media attention for the performance artwork Mattress Performance . The artwork consisted of Sulkowicz carrying a mattress wherever they went on campus during their final year at Columbia University. Sulkowicz said the piece would end when the student who they alleged had raped them in their dorm room in 2012 was expelled or otherwise left the university. The work was a protest against campus sexual assault and the university's handling of the sexual assault case, in which it had cleared the accused of responsibility.

Other Resources About Emma Sulkowicz

What Schools Are Affiliated With Emma Sulkowicz?

Emma Sulkowicz is affiliated with the following schools: