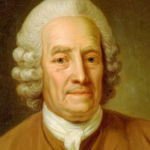 Why Is Emanuel Swedenborg Influential?

According to Wikipedia, Emanuel Swedenborg was a Swedish pluralistic-Christian theologian, scientist, philosopher and mystic. He became best known for his book on the afterlife, Heaven and Hell . Swedenborg had a prolific career as an inventor and scientist. In 1741, at 53, he entered into a spiritual phase in which he began to experience dreams and visions, notably on Easter Weekend, on 6 April 1744. His experiences culminated in a "spiritual awakening" in which he received a revelation that Jesus Christ had appointed him to write The Heavenly Doctrine to reform Christianity. According to The Heavenly Doctrine, the Lord had opened Swedenborg's spiritual eyes so that from then on, he could freely visit heaven and hell to converse with angels, demons and other spirits and the Last Judgment had already occurred in 1757, the year before the 1758 publication of De Nova Hierosolyma et ejus doctrina coelesti .

Other Resources About Emanuel Swedenborg

What Schools Are Affiliated With Emanuel Swedenborg?

Emanuel Swedenborg is affiliated with the following schools:

What Are Emanuel Swedenborg's Academic Contributions?

Emanuel Swedenborg has made the following academic contributions: