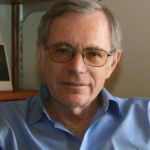 Why Is Eric Foner Influential?

He is known as an expert in the study of the Reconstruction period following the Civil War. His writings are widely acclaimed, in fact, his book The Fiery Trial: Abraham Lincoln and American Slavery won the Lincoln Prize and the Pulitzer Prize for history. His most recent work, Gateway to Freedom: The Hidden History of the Underground Railroad, was well received for its pragmatic and sensitive approach to understanding Abraham Lincoln’s historic role in the eventual abolition of slavery.

Foner credits his father with inspiring within him a love for history and the practice of using a historical lens to contextualize present events. Throughout his career, he has written numerous books exploring African American history, Civil War/Reconstruction, political history, and historiography. He has been teaching at Columbia University for several decades and has served as a guest lecturer for Princeton University, University of Oxford, and University of Cambridge. Today, he serves on editorial boards for multiple outlets and has written for PBS, The History Channel, and The Washington Post, among others.

According to Wikipedia, Eric Foner is an American historian. He writes extensively on American political history, the history of freedom, the early history of the Republican Party, African-American biography, Reconstruction, and historiography, and has been a member of the faculty at the Columbia University Department of History since 1982. He is the author of several popular textbooks. According to the Open Syllabus Project, Foner is the most frequently cited author on college syllabi for history courses.

Other Resources About Eric Foner

What Schools Are Affiliated With Eric Foner?

Eric Foner is affiliated with the following schools: