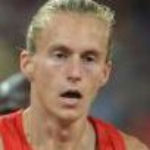 Why Is Evan Jager Influential?

According to Wikipedia, Evan Reese Jager is an American distance runner. He is the current North American record holder in the 3000 m steeplechase with a time of 8:00.45, which makes him the 13th fastest performer in the history of the event. He is sponsored by Nike and is coached by Jerry Schumacher in the Bowerman Track Club. On August 17, 2016 Jager won the silver medal at the 2016 Rio Olympics for the Steeplechase.

Other Resources About Evan Jager

What Schools Are Affiliated With Evan Jager?

Evan Jager is affiliated with the following schools: