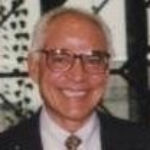 Why Is Farouk El-Baz Influential?

According to Wikipedia, Farouk El-Baz is an Egyptian American space scientist and geologist, who worked with NASA in the scientific exploration of the Moon and the planning of the Apollo program. He was a leading geologist on the program, responsible for studying the geology of the Moon, the selection of landing sites for the Apollo missions, and the training of astronauts in lunar observations and photography. He played a key role in the Apollo 11 Moon landing mission, and later Apollo missions. He also came up with the idea of touchable Moon rocks at a museum, inspired by his childhood pilgrimage to Mecca where he touched the Black Stone .

Other Resources About Farouk El-Baz

What Schools Are Affiliated With Farouk El-Baz?

Farouk El-Baz is affiliated with the following schools: