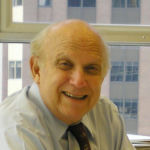 Why Is Floyd Abrams Influential?

Areas of Specialization: Constitutional Law
Floyd Abrams is an attorney at Cahill Gordon & Reindel, the William J. Brennan Jr. Visiting Professor at the Columbia University Graduate School of Journalism and a specialist in constitutional law. He earned his undergraduate degree from Cornell University and his J.D. from Yale Law School.

He is best known for his work on First Amendment cases such as his representation of The New York Times and Judith Miller in the CIA leak investigation. He is widely considered one of the most influential lawyers in America and has been the recipient of many awards, including the William J. Brennan, Jr. Award, the Learned Hand Award of the American Jewish Committee , the Thurgood Marshall Award of the New York State Bar Association, and a Lifetime Achievement Award from The National Law Journal. Most recently, he was awarded the Hugh M. Hefner First Amendment Lifetime Achievement Award, for his efforts on behalf of the protection of free speech.

So deep is Abram’s experience that he is considered the foremost expert on First Amendment Law. In 2013, Ronald K.L. Collins published a book about his work, Nuanced Absolutism: Floyd Abrams & the First Amendment. Among his most prominent cases are his work representing clients such as the Brooklyn Museum of Art, Al Franken and on the Pentagon Papers case.

According to Wikipedia, Floyd Abrams is an American attorney at Cahill Gordon & Reindel. He is an expert on constitutional law, and has argued 13 cases before the Supreme Court of the United States. Abrams represented The New York Times in 1971 during the Pentagon Papers case, Judith Miller in the CIA leak grand jury investigation, Standard & Poor's and Lorillard Tobacco Company. He argued for Citizens United during the 2010 Supreme Court case.

Other Resources About Floyd Abrams

What Schools Are Affiliated With Floyd Abrams?

Floyd Abrams is affiliated with the following schools: