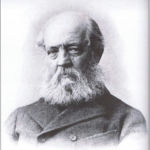 Why Is Frederick Law Olmsted Influential?

According to Wikipedia, Frederick Law Olmsted was an American landscape architect, journalist, social critic, and public administrator. He is considered to be the father of landscape architecture. Olmsted was famous for co-designing many well-known urban parks with his partner Calvert Vaux. Olmsted and Vaux's first project was Central Park, which led to many other urban park designs, including Prospect Park in what was then the City of Brooklyn and Cadwalader Park in Trenton. He headed the preeminent landscape architecture and planning consultancy of late nineteenth-century America, which was carried on and expanded by his sons, Frederick Jr. and John C., under the name Olmsted Brothers.

Other Resources About Frederick Law Olmsted