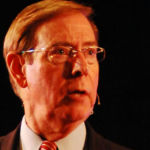 Why Is Gary Chapman Influential?

According to Wikipedia, Gary Demonte Chapman is an American author and radio talk show host. Chapman is most noted for his The Five Love Languages series regarding human relationships.He is the senior associate pastor at Calvary Baptist Church in Winston-Salem, North Carolina.

Other Resources About Gary Chapman

What Schools Are Affiliated With Gary Chapman ?

Gary Chapman is affiliated with the following schools: