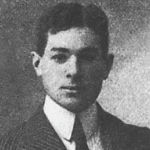 Why Is George Herriman Influential?

According to Wikipedia, George Joseph Herriman III was an American cartoonist best known for the comic strip Krazy Kat . More influential than popular, Krazy Kat had an appreciative audience among those in the arts. Gilbert Seldes' article "The Krazy Kat Who Walks by Himself" was the earliest example of a critic from the high arts giving serious attention to a comic strip. The Comics Journal placed the strip first on its list of the greatest comics of the 20th century. Herriman's work has been a primary influence on cartoonists such as Elzie C. Segar, Will Eisner, Charles M. Schulz, Robert Crumb, Art Spiegelman, Bill Watterson, and Chris Ware.

Other Resources About George Herriman