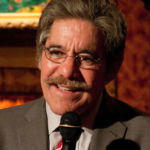 Why Is Geraldo Rivera Influential?

According to Wikipedia, Geraldo Rivera is an American journalist, attorney, author, political commentator, and former television host. He hosted the tabloid talk show Geraldo from 1987 to 1998. He gained publicity with the live TV special The Mystery of Al Capone's Vaults. Rivera hosted the news magazine program Geraldo at Large, hosts the occasional broadcast of Geraldo Rivera Reports , and appears regularly on Fox News programs such as The Five.

Other Resources About Geraldo Rivera

What Schools Are Affiliated With Geraldo Rivera?

Geraldo Rivera is affiliated with the following schools: