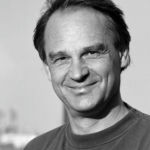 Why Is Gerd Binnig Influential?

According to Wikipedia, Gerd Binnig is a German physicist. He is most famous for having won the Nobel Prize in Physics jointly with Heinrich Rohrer in 1986 for the invention of the scanning tunneling microscope. Early life and education Binnig was born in Frankfurt am Main and played in the ruins of the city during his childhood. His family lived partly in Frankfurt and partly in Offenbach am Main, and he attended school in both cities. At the age of 10, he decided to become a physicist, but he soon wondered whether he had made the right choice. He concentrated more on music, playing in a band. He also started playing the violin at 15 and played in his school orchestra.

Other Resources About Gerd Binnig

What Schools Are Affiliated With Gerd Binnig?

Gerd Binnig is affiliated with the following schools: