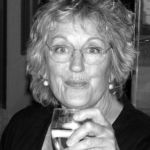 Why Is Germaine Greer Influential?

According to Wikipedia, Germaine Greer is an Australian writer and public intellectual, regarded as one of the major voices of the radical feminist movement in the latter half of the 20th century. Specializing in English and women's literature, she has held academic positions in England at the University of Warwick and Newnham College, Cambridge, and in the United States at the University of Tulsa. Based in the United Kingdom since 1964, she has divided her time since the 1990s between Queensland, Australia, and her home in Essex, England.

Other Resources About Germaine Greer

What Schools Are Affiliated With Germaine Greer?

Germaine Greer is affiliated with the following schools:

What Are Germaine Greer's Academic Contributions?

Germaine Greer has made the following academic contributions: