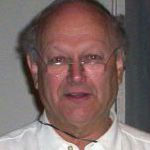 Why Is Glenn Murcutt Influential?

According to Wikipedia, Glenn Marcus Murcutt AO is an Australian architect and winner of the 1992 Alvar Aalto Medal, the 2002 Pritzker Architecture Prize, the 2009 American Institute of Architects Gold Medal and the 2021 Praemium Imperiale. Glenn Murcutt works as a sole practitioner without staff, builds only within Australia and is known to be very selective with his projects. Being the only Australian winner of the prestigious Pritzker Prize, he is often referred to as Australia's most famous architect.

Other Resources About Glenn Murcutt

What Schools Are Affiliated With Glenn Murcutt?

Glenn Murcutt is affiliated with the following schools: