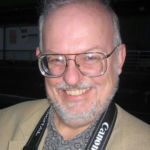 Why Is Greg Bear Influential?

According to Wikipedia, Gregory Dale Bear is an American writer and illustrator best known for science fiction. His work has covered themes of galactic conflict , artificial universes , consciousness and cultural practices , and accelerated evolution . His most recent work is the 2021 novel The Unfinished Land. Greg Bear has written over 50 books in total. Greg Bear was also one of the five co-founders of the San Diego Comic-Con.

Other Resources About Greg Bear

What Schools Are Affiliated With Greg Bear?

Greg Bear is affiliated with the following schools:

What Are Greg Bear's Academic Contributions?

Greg Bear has made the following academic contributions: