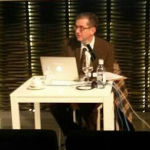 Why Is Greg Daniels Influential?

According to Wikipedia, Gregory Martin Daniels is an American screenwriter, television producer, and director. He has worked on several television series, including writing for Saturday Night Live and The Simpsons, adapting The Office for the United States, and co-creating Parks and Recreation and King of the Hill. Daniels attended Harvard University, where he befriended and began collaborating with Conan O'Brien. His first writing credit was for Not Necessarily the News, before he was laid off because of budget cuts.

Other Resources About Greg Daniels

What Schools Are Affiliated With Greg Daniels?

Greg Daniels is affiliated with the following schools: