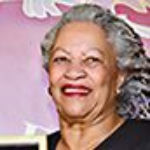 Why Is Harold Prince Influential?

According to Wikipedia, Harold Smith Prince , commonly known as Hal Prince, was an American theatre director and producer known for his work in musical theatre. One of the foremost figures in 20th century American theatre, Prince became associated throughout his career with many of the most noteworthy musicals in Broadway history, including West Side Story, Fiddler on the Roof, Cabaret, Sweeney Todd, and Phantom of the Opera, the longest running show in Broadway history. Many of his productions broke new ground for musical theater, expanding the possibilities of the form by incorporating more serious and political subjects, such as Nazism , the difficulties of marriage , and the forcible opening of 19th-century Japan .

Other Resources About Harold Prince

What Schools Are Affiliated With Harold Prince?

Harold Prince is affiliated with the following schools: