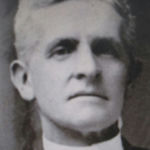 Why Is Henry Appenzeller Influential?

According to Wikipedia, Rev. Henry Gerhard Appenzeller was a Methodist missionary. He and four other missionaries, including Horace N. Allen, Horace G. Underwood, William B. Scranton, and Mary F. Scranton introduced Protestant Christianity to Korea from 1885 to 1902. He was known for his three major contributions to Korea: the Paichai College Hall, the First Methodist Episcopal Church of Seoul, and the translated New Testament.

Other Resources About Henry Appenzeller

What Schools Are Affiliated With Henry Appenzeller?

Henry Appenzeller is affiliated with the following schools: