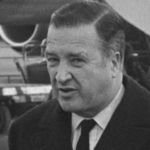 Why Is Henry Ford II Influential?

According to Wikipedia, Henry Ford II , sometimes known as "HF2" or "Hank the Deuce", was an American businessman in the automotive industry. He was the eldest son of Edsel Ford I and eldest grandson of Henry Ford I. He was president of the Ford Motor Company from 1945 to 1960, chief executive officer from 1947 to 1979, and chairman of the board of directors from 1960 to 1980. Under the leadership of Henry Ford II, Ford Motor Company became a publicly traded corporation in 1956. From 1943 to 1950, he also served as president of the Ford Foundation.

Other Resources About Henry Ford II