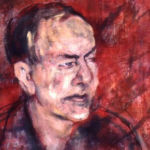 Why Is Herbert A. Simon Influential?

According to Wikipedia, Herbert Alexander Simon was an American economist, political scientist and cognitive psychologist, whose primary research interest was decision-making within organizations and is best known for the theories of "bounded rationality" and "satisficing". He received the Nobel Memorial Prize in Economic Sciences in 1978 and the Turing Award in 1975. His research was noted for its interdisciplinary nature and spanned across the fields of cognitive science, computer science, public administration, management, and political science. He was at Carnegie Mellon University for most of his career, from 1949 to 2001.

Other Resources About Herbert A. Simon

What Schools Are Affiliated With Herbert A. Simon?

Herbert A. Simon is affiliated with the following schools: