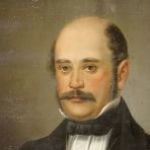 Why Is Ignaz Semmelweis Influential?

According to Wikipedia, Ignaz Philipp Semmelweis was an ethnic German-Hungarian physician and scientist born in the Kingdom of Hungary, Austrian Empire, now known as an early pioneer of antiseptic procedures. Described as the "saviour of mothers", Semmelweis discovered that the incidence of puerperal fever could be drastically cut by the use of hand disinfection in obstetrical clinics. Puerperal fever was common in mid-19th-century hospitals and often fatal. Semmelweis proposed the practice of washing hands with chlorinated lime solutions in 1847 while working in Vienna General Hospital's First Obstetrical Clinic, where doctors' wards had three times the mortality of midwives' wards. He published a book of his findings in Etiology, Concept and Prophylaxis of Childbed Fever.

Other Resources About Ignaz Semmelweis

What Schools Are Affiliated With Ignaz Semmelweis?

Ignaz Semmelweis is affiliated with the following schools:

What Are Ignaz Semmelweis's Academic Contributions?

Ignaz Semmelweis has made the following academic contributions: