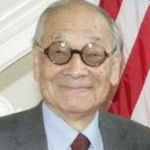 Why Is I. M. Pei Influential?

According to Wikipedia, Ieoh Ming Pei was a Chinese-American architect. Raised in Shanghai, Pei drew inspiration at an early age from the garden villas at Suzhou, the traditional retreat of the scholar-gentry to which his family belonged. In 1935, he moved to the United States and enrolled in the University of Pennsylvania's architecture school, but he quickly transferred to the Massachusetts Institute of Technology. He was unhappy with the focus at both schools on Beaux-Arts architecture, and spent his free time researching emerging architects, especially Le Corbusier. After graduating, he joined the Harvard Graduate School of Design and became a friend of the Bauhaus architects Walter Gropius and Marcel Breuer. In 1948, Pei was recruited by New York City real estate magnate William Zeckendorf, for whom he worked for seven years before establishing an independent design firm in 1955, I. M. Pei & Associates. In 1966 that became I. M. Pei & Partners, and in 1989 became Pei Cobb Freed & Partners. Pei retired from full-time practice in 1990. In his retirement, he worked as an architectural consultant primarily from his sons' architectural firm Pei Partnership Architects.

Other Resources About I. M. Pei

What Schools Are Affiliated With I. M. Pei?

I. M. Pei is affiliated with the following schools: