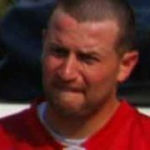 Why Is Ingle Martin Influential?

According to Wikipedia, Harry Ingle Martin IV is an American former college and professional football player who was a quarterback in the National Football League for three seasons during the late 2000s. Martin played college football for the University of Florida and Furman University, and thereafter, he played professionally for the Tennessee Titans, Kansas City Chiefs and Denver Broncos of the NFL and the New York Sentinels of the United Football League . Martin is currently the head football coach for Christ Presbyterian Academy, a private preparatory school in Nashville, Tennessee.

Other Resources About Ingle Martin

What Schools Are Affiliated With Ingle Martin?

Ingle Martin is affiliated with the following schools: