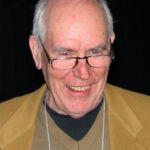 Why Is Ivan Sutherland Influential?

According to Wikipedia, Ivan Edward Sutherland is an American computer scientist and Internet pioneer, widely regarded as a pioneer of computer graphics. His early work in computer graphics as well as his teaching with David C. Evans in that subject at the University of Utah in the 1970s was pioneering in the field. Sutherland, Evans, and their students from that era developed several foundations of modern computer graphics. He received the Turing Award from the Association for Computing Machinery in 1988 for the invention of Sketchpad, an early predecessor to the sort of graphical user interface that has become ubiquitous in personal computers. He is a member of the National Academy of Engineering, as well as the National Academy of Sciences among many other major awards. In 2012 he was awarded the Kyoto Prize in Advanced Technology for "pioneering achievements in the development of computer graphics and interactive interfaces".

Other Resources About Ivan Sutherland

What Schools Are Affiliated With Ivan Sutherland?

Ivan Sutherland is affiliated with the following schools: