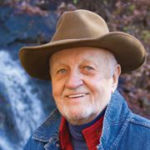 Why Is Jack Perkins Influential?

According to Wikipedia, Jack Morton Perkins was an American reporter, commentator, war correspondent, and anchorman. He was dubbed "America's most literate correspondent" by the Associated Press.Early life Perkins was born on December 28, 1933, in Cleveland, Ohio. He received a Bachelor of Arts degree in political science from Case Western Reserve University in 1956. While at Case Western Reserve, Perkins joined the Fraternity of Phi Gamma Delta.

Other Resources About Jack Perkins

What Schools Are Affiliated With Jack Perkins ?

Jack Perkins is affiliated with the following schools: