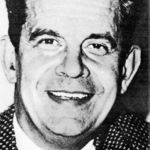 Why Is Jacques Lacan Influential?

According to Wikipedia, Jacques Marie Émile Lacan was a French psychoanalyst and psychiatrist who has been called "the most controversial psycho-analyst since Freud". Giving yearly seminars in Paris from 1953 to 1981, Lacan’s work has marked the French and international intellectual landscape, having made a significant impact on continental philosophy and cultural theory in areas such as post-structuralism, critical theory, feminist theory and film theory as well as on psychoanalysis itself.

Other Resources About Jacques Lacan

What Schools Are Affiliated With Jacques Lacan?

Jacques Lacan is affiliated with the following schools: